5 ways to avoid the spooky tricks from eating too many Halloween treats! Learn More > 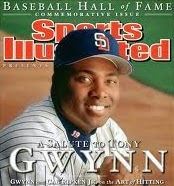 I recently wrote about the connection between oral health and your overall wellness. But sometimes it takes a shocking story to get the public’s attention and provide a powerful illustration of that connection.

In June, Tony Gwynn, Jr., hall of fame baseball player, died at the age of 54 from salivary gland cancer. He had long maintained and was outspoken about his belief that the chewing tobacco habit he developed during his baseball career caused his cancer.

Studies have shown a strong association between chewing tobacco and an increased risk of oral cancers. Research confirms that tobacco use, both smoked and smokeless, is a major contributing factor for other cancers as well. According to the American Cancer Society, three out of four people who use chewing tobacco develop a variety of non-cancerous or pre-cancerous lesions (sores) in their mouths. And dentists know that tobacco use is one of the contributing factors in gum disease. 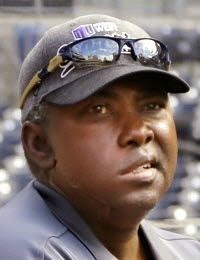 In this June 11, 2013, photo, Hall-of-Fame baseball player Tony Gwynn, left, watches with Padres manager Bud Black as Padres players prepare for a baseball game in San Diego. Gwynn remains in the thoughts of his San Diego State Aztecs, who have reached the NCAA regionals for the second straight season. Gwynn has been on a medical leave of absence since late March. (AP Photo/Lenny Ignelzi) ORG XMIT: CALI103

Because of these facts, we perform an oral cancer screening every time you see the hygienist. We also ask that you make sure you tell us about any history of tobacco use — even if you don’t use it now. Many cancers can develop after you have stopped use, which makes it important to quit as early as possible.

We would love to help anyone who desires to stop using tobacco, whether it is smoked or smokeless. We have staff committed to helping you quit this potentially deadly habit. Kristy is our tobacco cessation coordinator. In addition, Marcia is a certified hypnotherapist and has assisted many people to stop smoking through the use of hypnosis.

Life is precious. Let us help.